Worship– We are a community of worshipers who have been redeemed by God to yield our lives to Him in trust and submission.

Evangelism– We are commissioned and committed to spreading the Good News that Jesus died for sin, He was buried and He rose on the third day to liberate the lost who will believe on His name.

Discipleship– We are a people under divine construction for the purpose of being conformed to the image of Jesus Christ as we align ourselves to the process of learning and living the Word of God.

Fellowship– We are a family who has been united by God to share life together in the spirit of mutual investment and unconditional love.

Ministry– We are God’s agents who have been sent into a broken world to demonstrate the love of Christ by meeting the needs of the Least, the Last, and the Lost.

We the St. John Missionary Baptist Church of Euless, Texas, being driven by core values of Worship, Evangelism, Discipleship, Fellowship, and Ministry, exist for the purpose of responding to the glory, the greatness, and the grace of God who saved us, by representing Him both locally and globally.

Our mission is to lead un-redeemed slaves into becoming faithful followers of Jesus Christ who integrates their faith with living.

Click the wheel to read the Integrate Faith Belief Statement

The Church that Integrates Faith with Living 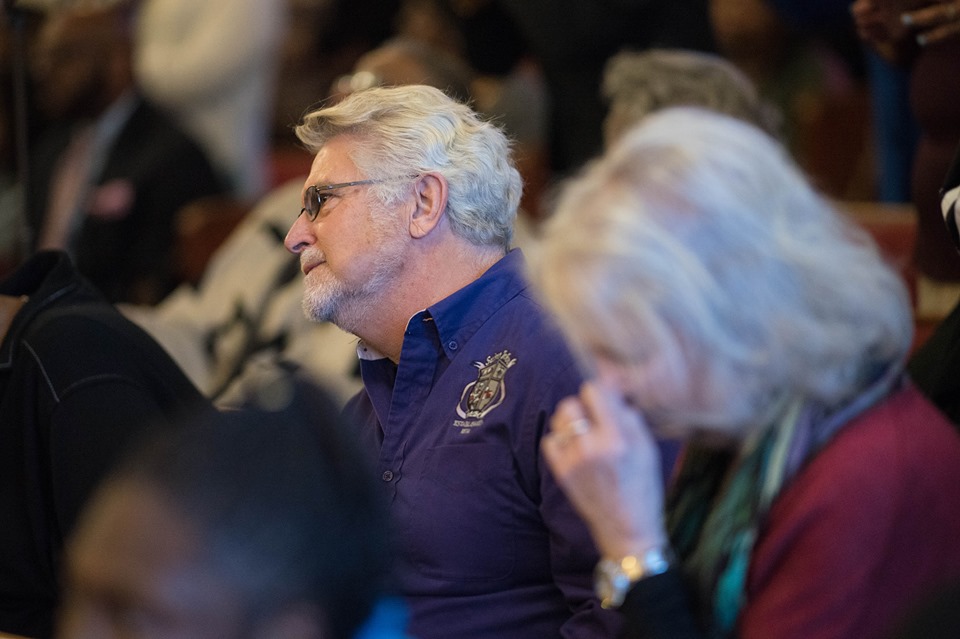 What we do & how we started

St. John MBC was organized in 1874, in the log cabin home of Mr. Frank Young. It was later moved to another location owned by Mr. Pete Fields. There they met in another log cabin used as a school during the week and a church on Sunday. The church was known as Oak Grove Baptist Church.

In 1898, one acre of land was donated jointly to the Church and Mosier Valley Masonic Lodge. Each group then began raising money to build a church and a hall. After having some difficulty raising the money for two buildings, they decided to build one single two-story building. The church held its meetings downstairs and the masons held their meetings upstairs. Under the leadership of Pastor Jim Carroll, the congregation voted to change its name from Oak Grove Baptist Church to St. John Missionary Baptist Church.

In 1911, they built their own building on this present spot under the leadership of Pastor H.C. Curry. A cornerstone was laid to commemorate that work on November 15, 1915.

In 1958, the old church was moved to the back spot and a new brick church building was started under the leadership of Pastor F. D. Hemphill.  The building was completed with the cornerstone being laid by the Mosier Valley Masonic Lodge in July 1960.  God has been good to us.  He has brought us from a log cabin, to a frame building, to a brick building.  For that, we are thankful.

In March 1964, the members of St. John called Rev. Lloyd G. Austin as Pastor.  With God’s help and Pastor Austin’s leadership we have been able to move forward in spirit, membership, finance and fellowship.  Under Pastor Austin’s leadership, the church building that was started under Pastor Hemphill was completed.  Repairs were made to the building, equipment updated, and an annex was added.  In 2002, a 6,240 square feet L.G. Austin Family Life Center was completed, and a cornerstone was laid to commemorate the history and to serve as a reminder of the events that took place during this time.  Pastor Austin retired from St. John Baptist Church in August 2005 after serving 41 years as Pastor.  God still had a plan for St. John.

On June 4, 2006, Dr. Johnny Ray Noble preached his first sermon as the new pastor of St. John Baptist Church.  Pastor Noble believed that the church is the agent of healing in the world, reconciliation and peace through showing love for Christians and those who are lost.  In his belief that people must be touched where they are and moved to action, St. John grew in membership and twenty-five people came to know Christ as their Lord and Savior.

Rev. Noble was instrumental in establishing a vision for the church, transitioning auxiliaries to ministries.  Under his leadership, he instituted the national ‘Angel Food Ministries’, trained and ordained preachers, granted Emeritus Status to Pastor Lloyd G. Austin, developed the church logo and motto, created a mission statement and incorporated St. John with the State of Texas.  We are now called ‘St. John Missionary Baptist Church of Mosier Valley’.  He also incorporated a Praise and Worship Team, restructured New Members Orientation and seated an active Trustee Board which included women.

After 134 years of existence, the members of this church have come to realize that this church is solid.  The ground that it sits on is solid.  The leadership and the membership are solid.  For we are forever mindful of just what our God can do.  We realize as the songwriter once wrote that ‘our hope is built on nothing less, than Jesus’ blood and righteousness; we dare not trust the sweetest frame, but wholly lean on Jesus’ name. On Christ the solid rock we stand all other ground is sinking sand.’  St. John Missionary Baptist Church is built on that rock and has been that way since its very existence.  Some have fallen short and have fallen by the wayside, but despite our shortcomings and our sins, the church has continued to remain a foundation built on that Rock.

During the period of September 2008 – May 16, 2009, the church was without a shepherd.  However, we remained prayerful and obedient to God’s word and on May 17, 2009 God blessed St. John with a new shepherd, Rev. Sean Anthony Taylor.  Rev. Taylor is continuing the St. John vision of spreading the Gospel to all nations through Worship, Evangelism, Discipleship, Fellowship and Ministry seeking the Least, the Last and the Lost.

On May 31, 2009, Rev. Taylor preached his first sermon, ‘God’s Stimulus Package’.  He then joined the St. John family and graciously asked his wife if she too would have him as her pastor and her response was “yes”.    In the short time that Pastor Taylor has been with us, he has redefined our church motto to ‘The Church that Integrates Faith with Living’.  We wait in anticipation of what God has in store for St. John Missionary Baptist Church under Pastor Taylor’s leadership.  The Lord called Pastor Taylor to another harvest in ministry in December 2021.

On January 1, 2022, God sent us an interim pastor, Dr. Timothy Fuller, to allow for His ministry to continue at St. John while we wait for a permanent pastor.

To learn more about the history of St. John and Mosier Valley click on the following link:

Click the link below to read an article that was in Jet about Pastor Austin.  It describes what he and his wife endured when they moved to the Riverside Community in Fort Worth in 1956.

We believe that the bible is the inspired, inerrant, and infallible word of the living God. The bible is also the final authority for faith and Christian living.

We believe in one God, eternally existing in three persons: The Father, the Son, and the Holy Spirit.

We believe that man was created in the image and likeness of God, and by virtue of that creative act all human life has worth. Although man was created both good and innocent, he fell because of sin and marred the image though maintaining it. Because of Adam’s sin, all men are born spiritually disconnected from God and are in need of the life-giving Spirit of God.

We believe that salvation is the free gift of God and cannot be earned by man. Salvation from sin is given to all who receive Jesus Christ as Savior. We also believe that God’s salvation is irreversible and irrevocable.

We believe that the church consists of those who are in relationship with Jesus Christ by faith. The church functions as God’s representatives on earth for the purpose of evangelizing the lost and edifying the saved.

We believe in believer’s baptism, and that by immersion. We also believe in partaking in the Lord’s Supper which is designed to celebrate and commemorate the benefits of the new covenant that was instituted by the work of Christ.

We believe in the imminent and bodily return of Jesus Christ who is coming back to earth to reign and rule as King of kings and Lord of lords.